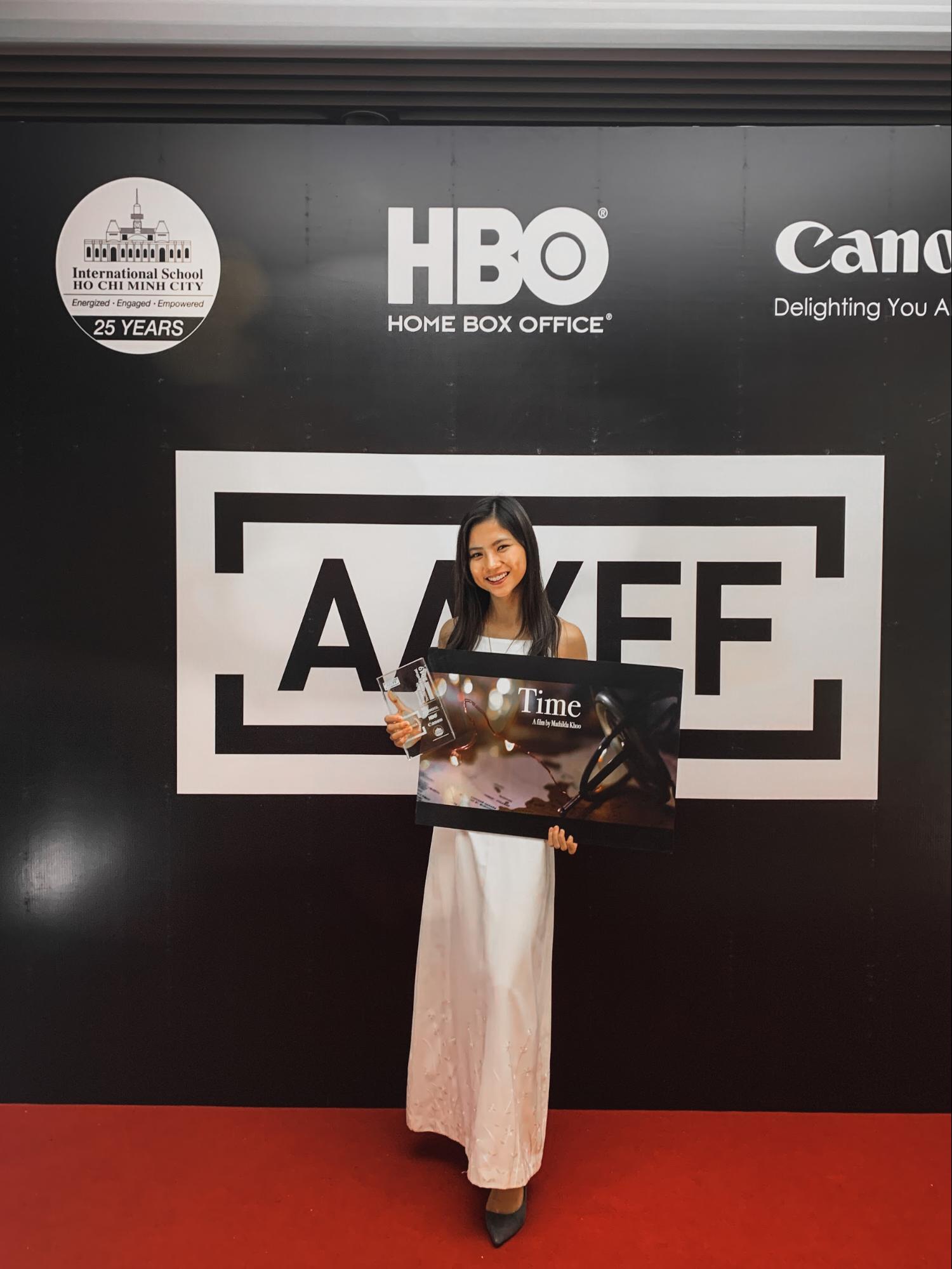 We are excited to share in Grade 12 student Mathilda Khoo’s film making success. Mathilda is well known around school as a very talented, award-winning filmmaker, and she has recently won another award for a film she entered in the Across Asia Youth Film Festival (AAYFF). Mathilda’s short film, Time, won the award for Best Experimental Film.

Although she takes arts subjects and is a member of the IGBIS Film Club at school, Mathilda finds time to work on the majority of her films outside of school. Mathilda is enrolled in our IB Career-related Programme, and hopes to head to a university with a strong film programme when she graduates from IGBIS next year.

We are proud to share that IGBIS has been recogniz

Welcome back our Early Year students! They were so

Students from Grade 6-10 participated in a Virtual

While exploring body systems, our Grade 3 students made models of selected body systems. Before making the models, students researched a range of possible models they could make and chose one or two that reflected their classroom research. Some of them have also asked their friends if they could do an outline of their body!#IGBIS #thinkIBthinkIGBIS #DesignLab #BodySystem ... See MoreSee Less

IGBIS has been recognised as a Globally Responsible Institution by Education for Global Responsibility, a United Nations & European Union recognised not-for-profit organisation working with schools that take action towards the Sustainable Development Goals.

A Weekend of Keynotes, Workshops & Nano PD – November 6th & 7th. IGBIS is proud to present its first virtual Community Conference. #igbiscc We are looking forward to learning from and with the amazing educators Read more…

Photography Unit: Art Critics Our Grade 10 Visual Arts students, under the Photography unit, were assigned to become Art Critics and communicate their findings via mediums such as magazines, websites and YouTube channels. They were Read more…

Head of School Headlines Hello IGBIS Community, With a few days of the new school year now behind us, I am filled with a sense of gratitude not only towards all of the families who Read more…